2017 Landscaping Trends: Make a Statement with a New Front Yard

Homeowners are making significant changes to their front yards, creating landscapes that are distinctly different from neighboring properties, according to the 2017 U.S. Houzz Landscaping Trends Survey.

The survey of nearly 1,000 U.S. homeowners using Houzz who are in the midst of, are planning, or who recently completed an outdoor project, found only six percent of front yards are nearly identical to those in the neighborhood after outdoor projects, compared with over a third before the update (36 percent). 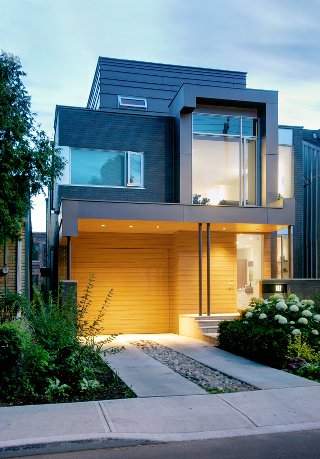 Two in five make a statement with a new front yard that is very or extremely different from others in the neighborhood post-update (41 percent). While most outdoor projects take place in the back of the home (69 percent), nearly half involve street-facing spaces (44 percent).

Motivations for starting a landscaping project have shifted in the last year. Having purchased a home and wanting to personalize it tops the list for the first time (33 percent in 2017 versus 25 percent in 2016). While the share of projects triggered by something breaking down declined slightly, it remains high (32 percent). This is in line with many homeowners reporting that their last outdoor updates happened more than 10 years ago (42 percent).

The study revealed an increased interest in low maintenance plants (76 percent in 2017 versus 67 percent in 2015), likely motivated by the fact that 80 percent of respondents are responsible for maintenance and care of their garden post-update.

“Home renovation activity is benefiting from the significant increase in home sales in 2015 and 2016, which is reflected in our findings on motivations for starting a landscape project,” said Nino Sitchinava, principal economist at Houzz. “Since housing inventory has remained low, recent homebuyers likely consider their homes less than ideal, leading them to prioritize upgrades like outdoor projects more than ever, with emphasis on low maintenance.”

When cultivating curb appeal, it’s all about the plants. More than half of those who updated their front yard say that beds or borders (47 percent), shrubs (29 percent) and perennials (28 percent) are most important to improving curb appeal. Additional findings include: