Providing housing quickly, cost-effectively and sustainably is a global challenge. This is true above all in low-income and economically underdeveloped regions, but also in places where housing is scarce or expensive, such as in densely populated areas or cities with a high influx of refugees.

Covestro is working with industry partners, governments, government agencies and society to develop models of affordable housing and carrying out specific projects locally. One current example is the “House of Nations,” a multipurpose building in Bergisch Gladbach, Germany, that was designed and built by the city administration, the French prefabricated building manufacturer Logelis and Covestro.

Short construction time
“This highly cost- and energy-efficient building was completed in just four weeks,” said Dr. Markus Steilemann, Chief Commercial Officer on the Covestro Board of Management, at a ceremony for handing over the building to its new occupant, the German Red Cross. “With this pilot project we want to show how we can work with partners to provide housing quickly and inexpensively. This is an increasing challenge in many cities.” 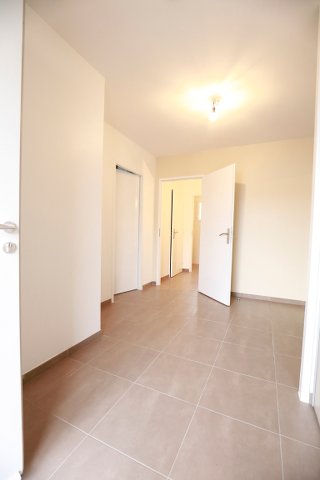 “Communities like Bergisch Gladbach often face the challenge of providing affordable housing as quickly as possible,” said mayor Lutz Urbach. “And this is exactly where the model building comes in. In view of the advantages for all stakeholders, I can well imagine that it will be a success in other locations as well.”

Thanks to the excellent thermal insulation of the wall panels, a wall thickness of only 16 centimeters was sufficient. The annual heating energy requirement is designed to be less than 15 kilowatt-hours per square meter, meaning the building fulfills the respective requirements of the passive house standard.

Cost advantages in construction and occupancy
The elements are simple to manufacture and very lightweight. Each of the large-sized, composite elements weighs only slightly over 100 kilograms. Transporting them therefore is simple and consumes less fuel. What is more, they are easy to install. Taken together, these factors reduce time and expense both in the preparation phase and on the construction site.

The single-story multipurpose building has two group rooms, a kitchen and two restrooms. According to Logelis, the total costs add up to EUR 1,150 per square meter, making the building significantly more affordable than a conventionally built structure.

Successful projects in Asia and the Middle East
Covestro for several years has been supporting projects in Asia to provide affordable housing for permanent occupancy. The projects draw on the company’s competence in raw materials and the expertise of customers, and were implemented in close cooperation with local government authorities and partners. The projects mainly benefit people who have become homeless after a natural disaster. Numerous housing units of this kind have already been constructed in Malaysia alone.

Industry partners in the Middle East are also using this method to construct turnkey buildings that fulfill local codes. A current example is the successful construction of 70 residential units and other buildings in Erbil in northern Iraq. Covestro and Logelis teamed up on this project as well. They were supported locally by the NGO L'Œuvre d'Orient.

The residential units are designed for permanent occupancy and to secure the quality of life and health of the residents. The advantages of this model are to benefit over 10 million people by the year 2025.

New business model
The model is based not on donations, but on cooperation between socially minded, often small partners, who build cost-efficiently and retain only a moderate profit margin for themselves in order to support their commercial independence. Covestro manages the collaboration locally and sees to the required permits.

All projects are in line with the company’s integrated sustainability concept. All activities are intended to benefit society, while having only minimal impact on the environment. This model for providing affordable housing also contributes to fulfilling the United Nations sustainability goals.