Interlocking polystyrene blocks filled with concrete were used in the construction of a new residence in the North Sapphire Beach Estate.

Designed by G2 Architects, the North Sapphire Zego House was to be sited in the prestige lots of a new development in the North Sapphire Beach Estate, a trendy area on Australia's New South Wales eastern coastline north of Sydney. 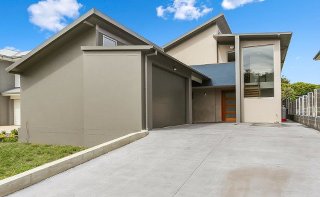 The architects were given a brief to create a large residence with discrete bedroom and living circulation so as to allow potential for future use of the building as a Bed-and-Breakfast.

ZEGO’s interlocking polystyrene blocks are core-filled with concrete and reinforced to provide a strong and insulated construction material for domestic and commercial projects. G2 Architects was familiar with the product, having used ICFs in the construction of their office and residence in Sawtell, as well as several other residences in the region.

The ambitious brief for this project sought two garages, a carport, five bedrooms with ensuites, a master bedroom with a retreat and a private balcony, and a pool. Additionally, large sections of the residence needed to be wheelchair-accessible. 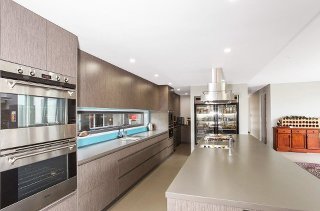 In the North Sapphire Beach development over half the 71-hectare site is preserved as parks and natural coastal wetlands, with 15,000 hectares of protected state forest beyond its borders. The neighborhood is ribboned with 10-km timber boardwalks, cycleways and natural rainforest, nestled in an idyllic setting amidst mountains and the scenic Sapphire beach, with homes leading down to the surf.

The region was historically known for its timber production and exportation until banana farming and distribution skyrocketed and became the main source of trade. Today, besides tourism the area is best known for blueberry farming.