They’re attractive and highly sought-after. But waterfront homes face the direct wrath of Mother Nature that most homes across the country don’t.

That’s why building such homes with materials designed to withstand the worst conditions possible is critical, according to Fox Blocks, a leader in the insulated concrete forms industry.

ICFs are one solution proven to stand up to nature’s unpredictable behavior and regulate the interior climate of a home.

Below are eight homes recently highlighted by Fox Blocks that were built with ICFs while keeping aesthetics in mind:

On the Canadian province of Prince Edward Island, this 2,500-square foot ranch-style home was built in 2010 along the Clyde River. High winds and rainfall from tropical storms and hurricanes are not uncommon in the area. Because it’s stronger than wood and steel, the ICF foundation and main structure helps the home withstand severe weather storms, tornadoes, and hurricanes. 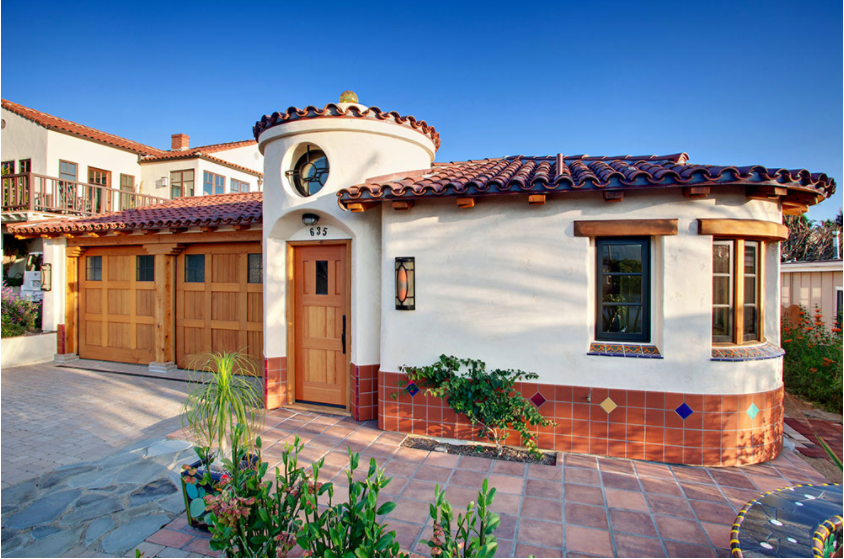 Though the climate is mild and precipitation levels low, ICFs were chosen for this California-Spanish-style home due to Laguna Beach’s proximity to the water. Installation took only 14 days and cut approximately three to four weeks off of the construction timeline. The 1,870-square-foot adobe-style home was awarded the 2011 ICF Builder Award in the small residential category. It was recognized for functionality and innovation, while upholding the unique design appeal of the Laguna Beach area. 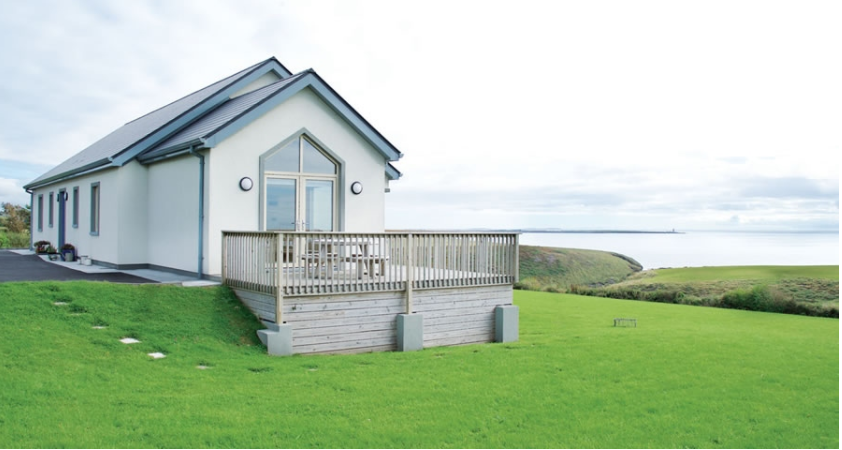 This home on the coast of County Waterford in the Southeast region of Ireland is framed with insulated concrete forms that provide energy-saving benefits all year long. The inverted two-story residence is structured to provide a minimal rate of heat-loss. ICFs were chose to insulate the home and create an air-tight system to combat the cold-weather climate. 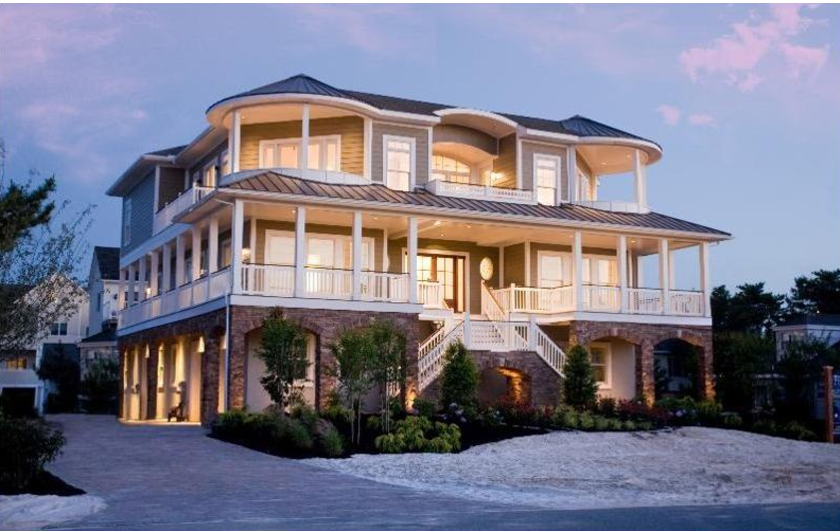 This home in Dewey Beach, Delaware, withstood Hurricane Sandy’s strong rain and wind gusts. Framed with ICF, it has high-wind resistance, impact resistance to withstand flying debris and seismic resistance because of the steel reinforcements and concrete in the ICF. In addition to the structural and protection benefits, insurance costs can be significantly lowered when sustainable and energy-efficient ICF materials are used in construction, according to Fox Blocks.

This 6,200-square-foot home on Minnesota’s Sturgeon Lake is resistant to flooding and will protect against storms. ICFs also don’t promote mold or mildew growth after flooding, which saves maintenance and repair costs after a storm. Builders incorporated ICFs into the design to give future owners peace of mind and other benefits the framework provides. 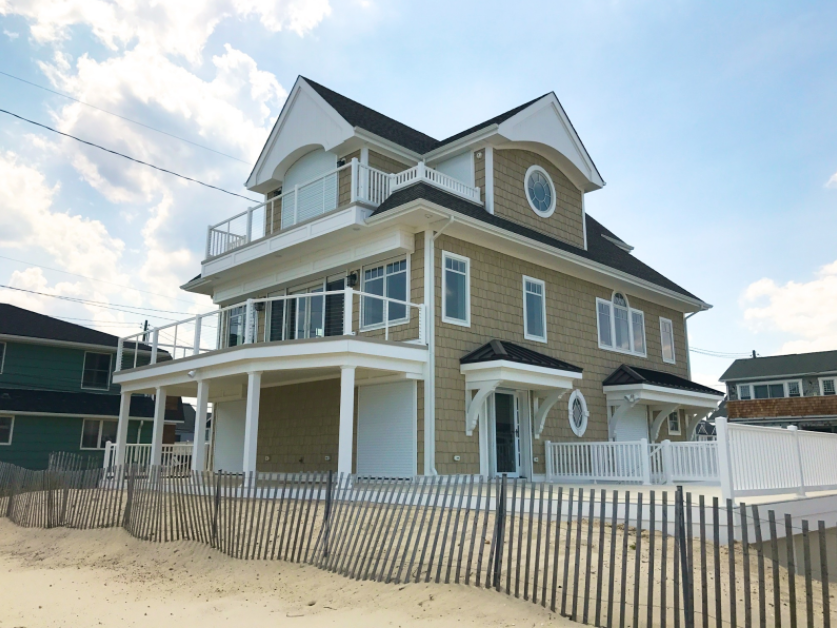 After Hurricane Sandy struck, the need for strong buildings on the Jersey Shore was apparent. ICF wall technology in this home protect against winds up to 250 miles per hour with its steel reinforced concrete walls. Sitting on the coast, high winds and flying debris are a common threat during the summer months. The designer/builder considered those risks and decided that ICFs provided the highest level of protection. 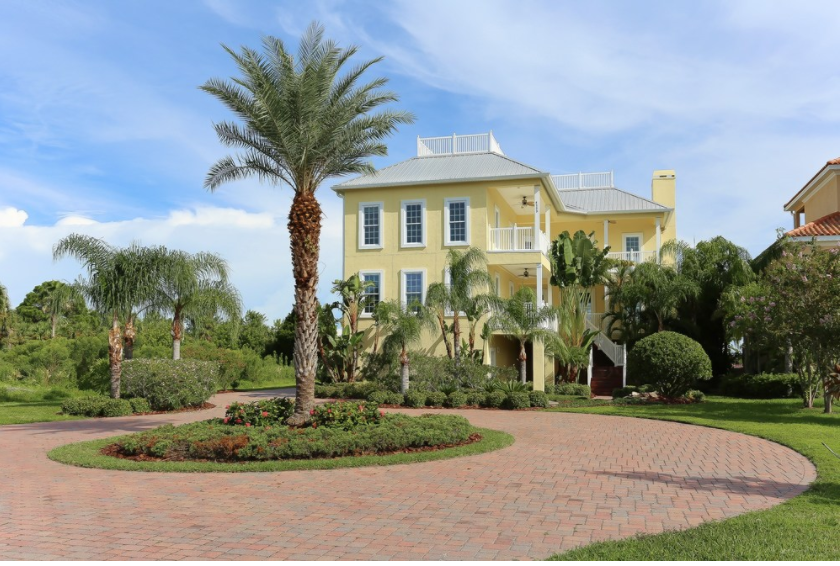 ICFs are shielded by the bright yellow exterior of this coastal home where energy and safety were key aspects of the design and construction. The ICFs are helping to trim energy costs and insurance rates. 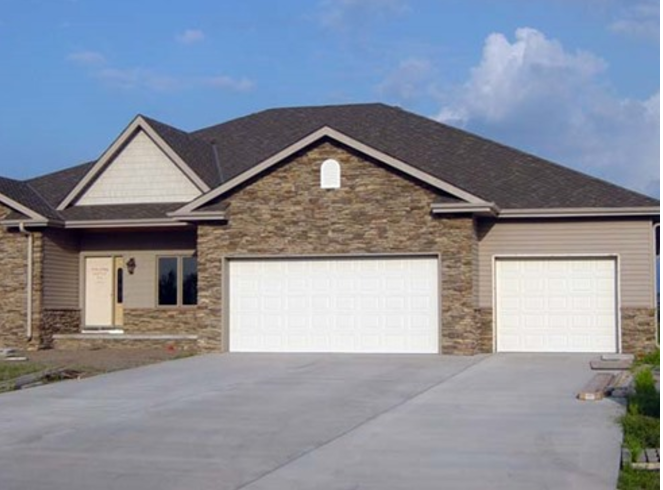 With this walkout ranch-style property sits on a lakefront lot, the builder/owner sought to create a quiet home that would reduce energy costs of heating and cooling.

It was important the home be storm-resistant to tornadoes that are common in the area. Corbel ledge blocks were used in the home’s interior and exterior walls to provide maximum support. ICFs also can be used in the construction of FEMA-approved safe rooms, ensuring occupant safety.