An energy-efficient home is not just for new construction. There are many ways to keep the charm and originality of the historic home while also saving fuel, electricity and potentially a lot of money.

"Many historic homes may have oil boilers or steam systems that have become inefficient after years of use," says Ryan Williams, general manager of 128 Plumbing, Heating, Cooling & Electric in Boston. "Older homes that have forced hot water for heat traditionally tend to have a unique layout which makes it tough to install cooling systems. Historic homeowners now have the option of insta

Historic homes were often built before central heating and air conditioning was widely available, and many older homes have no ductwork at all. To retrofit ductwork in an existing home requires taking away space to make way for the ducts. Ceilings would have to be lowered or space would have to be carved out of the rooms. However, unlike ducted systems, the footprint of a ductless system is minimal.

The ductless cooling and heating systems have two main components: an indoor unit that is mounted either on a wall or ceiling and an outdoor unit that houses the condenser. The two components are connected by a small conduit rather than ductwork and offer cooling and heating in one system, which makes these units easier to install and far more efficient than window air conditioners or space heaters. The ductless system can reduce a homeowners' average oil tank use from six per year to just one annually. 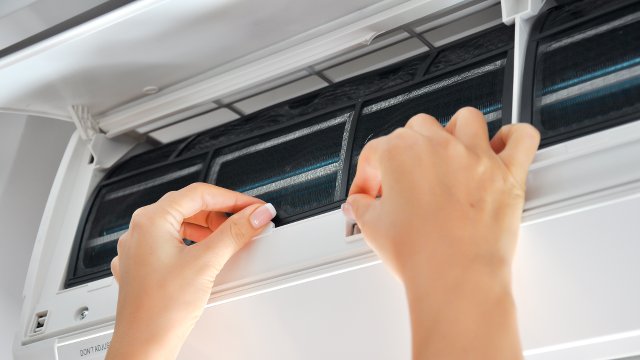 "To maximize savings, homeowners want to secure their building envelope," Williams said. "Make sure there is adequate insulation, and that all window, door and attic air leaks are sealed. It wouldn't make much sense to purchase and install a new cooling and heating system, only to have the savings it brings seeping out of the home."

For many homeowners, part of the appeal of an older home is the architectural charm of older structures. The National Park Service (NPS) has recognized ductless systems for their ability to help modernize the home while maintaining the historic character and keeping the architectural integrity intact.

"We wanted to heat and cool our Charlestown brick rowhouse that was built in 1935," said Jonathan M. Mazzarella of Charlestown, Massachusetts. "It was impossible for us to install ductwork in our home and maintain the historical charm. We decided on the ductless mini-split system and it was the best decision we ever made. We were able to add energy efficient climate control to our home without disturbing the character."