Just across the Hudson River from downtown Manhattan, a renaissance is sweeping through Jersey City. As residents continue to flock to New Jersey’s fastest growing city, real estate developers are doing everything they can to differentiate their apartment buildings as fashionable living centers for people of all ages.

According to Casey S. Johnston, president of technology integration firm Serious Audio Video, the owners of the new Cast Iron Lofts recognized how important it is to provide residents with a strong sense of community and security. That’s why they hired his company to install an advanced ELAN Entertainment & Control System with audio, video, lighting and security to create an unmatched 21st-century living experience.

“Each of the building’s sub-systems in all four community areas is managed through a single ELAN gSC10 Controller and an ELAN S1616A Multi-Zone Audio Controller,” Johnston explained. “Anchored by ELAN, we were able to install an extensive AV system that creates a true sense of community within the building’s common areas.” 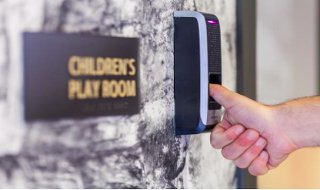 Using the latest technologies, Serious Audio Video set out to give residents peace-of-mind by equipping the common spaces with security cameras and electronic locks that can only be opened through biometric thumb print scanners or a key fob. Once in the common areas, the entertainment begins with the ELAN system.

The building’s rooftop pool area, which includes multiple fire pits, a yoga lawn, outdoor movie theater and multiple barbecue grilling stations, is equipped with an ELAN-controlled multi-room audio system that plays the building’s choice of music or movie audio during nighttime movie sessions. Each of the rooftop pool area’s four audio zones — including the BBQ, cabanas, pool and fire pit — has an auxiliary input cable so residents can plug in their own tunes. And building staff can control the rooftop pool area’s technologies through the ELAN app on their smartphone devices. 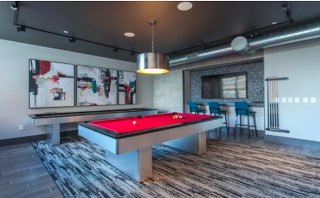 Adjacent to the pool is the residents’ lounge, in which a cinema-quality theater system provides a relaxing environment to view sports or watch news with friends and neighbors. With a bar area and game room featuring additional HD TVs and an auxiliary audio input, residents can control all the media and play their own music. All the lounge’s TVs, audio and lighting can be controlled through an easy-to-use and centrally located ELAN touch panel, which also offers residents the option to reserve the room.

“We wanted to make the spaces technologically impressive, but also realistically usable for the average resident,” Johnston continued. “The ‘wow’ factor can be exciting, but a crucial part of this project’s success depended on the ELAN system’s ease-of-use. Anyone who has ever used a touchscreen device can easily figure out the ELAN controls in seconds to adjust the lighting, audio and video of the area they are currently enjoying.”

The building’s gym and the children’s playroom also include audio inputs, plus an in-ceiling speaker system and multiple TVs, which can be fully controlled by residents. If a resident plugs in their mobile device to the audio system, it overrides whatever audio was playing, and then automatically resumes from the previous source when the mobile device is disconnected. 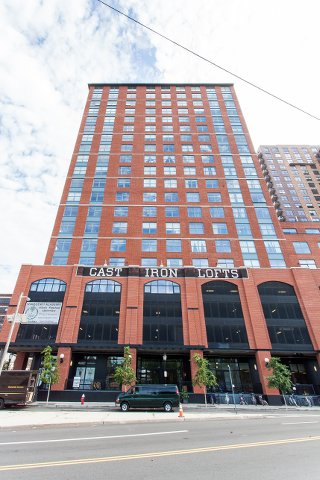 While the system itself is simple to use, Serious Audio Video did have to overcome some obstacles during the installation, such as wiring after walls and floors had already been installed. Much of the technology was planned after most building construction was completed, but Johnston is convinced that this type of technology installation will be standard in the future.

“This is how apartment buildings will be built from now on,” Johnston concluded. “Consumers are now familiar with all manner of smart devices and they are accustomed to full control of their media and technology. Property owners know that potential residents want to be connected everywhere they go. By using these technologies to create fun, safe spaces for families and friends, residential buildings can provide real opportunities for community-based interaction and events. That is a major selling point for renters and buyers, and it’s only going to get more sophisticated as the popular use of technology continues to grow.”